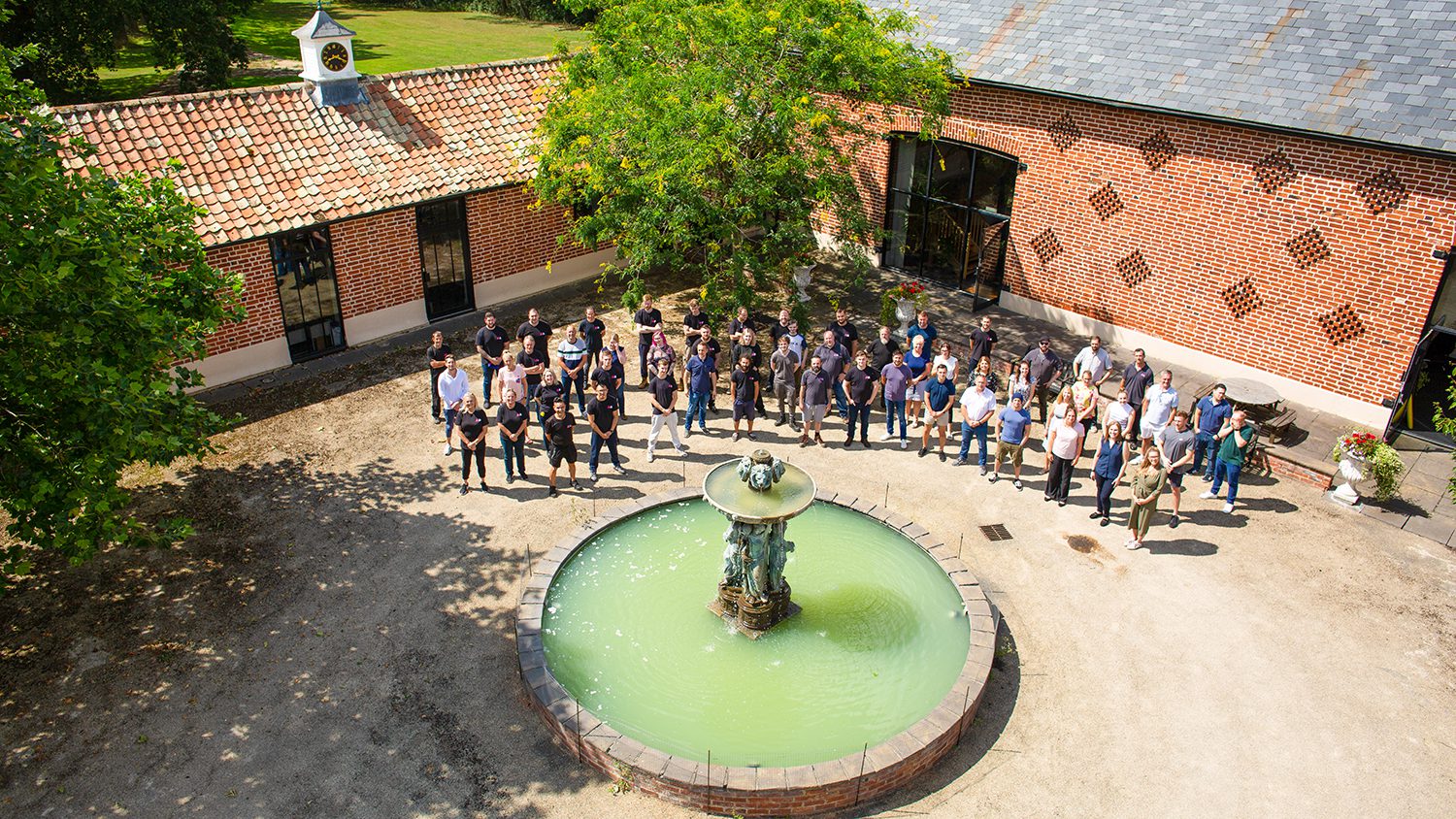 An itch that doesn’t need scratching (not even for the cat!) The ‘Seven-Year Itch’ is a popular notion, sometimes quoted as having psychological backing, that happiness in a long-term relationship declines after around seven years.

The end of this month sees my 7th anniversary here at MacroArt.

It may seem like a long time to some, but in MacroArt terms, I’m still a newbie. Some of my colleagues have worked here for 15, 20 plus years so to them, 7 years is just the start!

I came for my interview here after being made redundant from my previous job, and if you’ve been in that position, you’ll know just how fragile it can make you feel; self-worth, self-doubt, and self-belief in your ability to deliver results all come to the fore – why would anyone feel I was worth hiring? The reality of my situation is that my old employer had decided to outsource my role to cut costs and my redundancy had nothing to do with my skills and ability, but you can’t help but take it personally in a situation such as that.

So, I attended my interview at MacroArt feeling a little deflated and fearful that they wouldn’t be able to see past my recent redundancy. Nothing could have been further from the reality of that interview.

For the first time in a very long time (the redundancy took a whole year of meetings and trying to save my role), I was seen for the positive impact I could make – my knowledge, skills, abilities were discovered and celebrated. My recent redundancy was painted as MacroArt’s gain and my previous employer’s loss. Truly, a more positive, self-affirming experience would be hard to imagine. I came out of the interview feeling like I had self-worth again, that I did have skills that are desirable and that I was respected for my experience.

I started my role at MacroArt a month later and I can honestly say that this feeling has never left.

Fast forward seven years and I’ve been so fortunate in my career here. The Senior Management team has shown faith in my abilities and has provided me with opportunities to progress in my career and my skillset. My role has changed quite a few times here, but every time, I was given the chance to prove myself, develop and grow and I’ll be forever grateful for those opportunities.

But I’m not alone in ‘feeling the love’. MacroArt is a firm that is a family at its core. We even adopted an office cat called Rupert at one point, who sat on the edge of my desk while I worked! Yes, we have our own tight knit departments within the business, but the company as a whole works together and we all look after each other. There’s no divide between departments; we all pull together and that is a testament to the supportive, inclusive work the Directors have put in over these years.

I’ve seen this company change hugely during these seven years. I started working right at the beginning of the MBO by our current MD and his team of Directors in 2014 and may even have been the very first new hire! I’ve seen it grow from strength to strength and witnessed how much passion and personal care the Directors have poured into developing both a cohesive team and its standing within our industry. I’ve seen the respect and trust grow into a real bond between all of us and the Directors.

So why have I stayed for this long?

I can honestly say it’s because of the people – their passion, their knowledge, their intelligence, their support, and their family ethos.

These are the reasons why people stay, and why the Seven Year Itch isn’t a concept here. We wouldn’t be where we are without each other and after the past year we’ve all had, it feels we’ve come out of it a much stronger team and a much closer family. And I for one really can’t wait to see what the future brings for this company and to the industry as a whole, as we focus on so many positive developments, such as sustainability, recyclable materials, and the huge anticipation of the reawakening events industry making a return soon, fingers crossed!

MacroArt builds for the future by keeping it local

HOW CAN WE HELP?

We would love to support you with your next project

Get in touch
call 01767 677946
MacroArt, Eltisley Business Park, Potton Road, St Neots, PE19 6TX
Cookie Policy ©2022 MacroArt Site by Alt.
We use cookies on our website to give you the most relevant experience by remembering your preferences and repeat visits. By clicking “Accept All”, you consent to the use of ALL the cookies. However, you may visit "Cookie Settings" to provide a controlled consent.
Cookie SettingsAccept All
Manage consent

This website uses cookies to improve your experience while you navigate through the website. Out of these, the cookies that are categorized as necessary are stored on your browser as they are essential for the working of basic functionalities of the website. We also use third-party cookies that help us analyze and understand how you use this website. These cookies will be stored in your browser only with your consent. You also have the option to opt-out of these cookies. But opting out of some of these cookies may affect your browsing experience.
Necessary Always Enabled
Necessary cookies are absolutely essential for the website to function properly. These cookies ensure basic functionalities and security features of the website, anonymously.
Functional
Functional cookies help to perform certain functionalities like sharing the content of the website on social media platforms, collect feedbacks, and other third-party features.
Performance
Performance cookies are used to understand and analyze the key performance indexes of the website which helps in delivering a better user experience for the visitors.
Analytics
Analytical cookies are used to understand how visitors interact with the website. These cookies help provide information on metrics the number of visitors, bounce rate, traffic source, etc.
Advertisement
Advertisement cookies are used to provide visitors with relevant ads and marketing campaigns. These cookies track visitors across websites and collect information to provide customized ads.
Others
Other uncategorized cookies are those that are being analyzed and have not been classified into a category as yet.
SAVE & ACCEPT